I will play baseball for the Army, or fight for it.  Whatever they want me to do.

So, it wasn’t Spring, but the photo above was the closest I could find in my personal archives to an empty stadium.  Jack and I got to the ballpark very early that Sunday afternoon in Chicago, even earlier than we usually do, and I remember intentionally taking advantage of the emptiness of the stadium.  It did not stay that way for long. 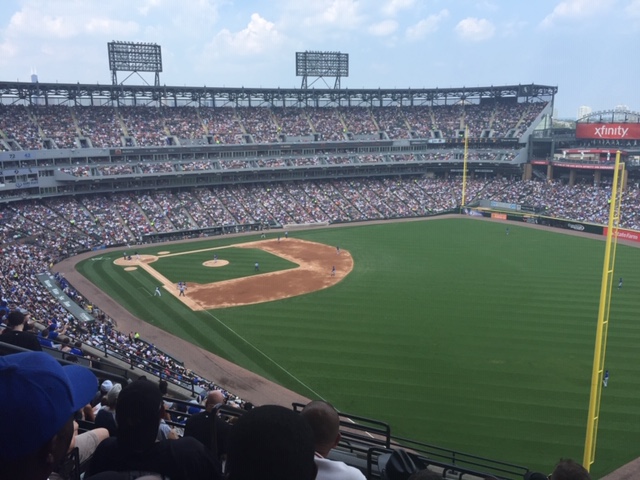 A ballpark is beautiful regardless of whether it is at work or at rest.  That is true even for a park that was described as a “concrete behemoth” even though it was designed by the same guy who oversaw the simultaneous construction of Camden Yards, the now-classic park that ushered in the era of retro-parks and opened the year after the “New Comiskey” opened on the Southside of Chicago.